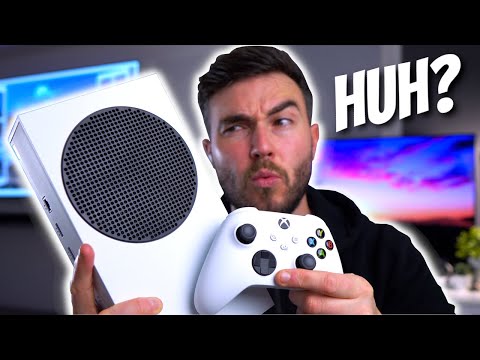 Xbox Series S Unboxing & 72 Hour Review | The Confusing Truth. The Xbox Series X and S have just launched globally! In this video, I talk through my usage after a couple of days since the unboxing in a full in-depth, walkthrough review of the Series S! All the features and my impressions, after some real everyday use. In terms of specs, it has an 8X Cores @ 3.6 GHz (3.4 GHz w/SMT) Custom Zen 2 CPU and a 4 TFLOPS, 20 CUs @1.565 GHz Custom RDNA 2 GPU. 10GB GDDR6 128 bit-wide bus. The Series S internal storage is a 512GB Custom NVME SSD, and because the S is digital only, the £200 you save vs the Series X, might not be a great deal, as you will probably have to pay extra for expandible storage! You can play games with rendering up to 120fps at 1440p providing you have the appropriate gaming monitor / TV like the LG CX that I have in this video. The controller is almost identical to the Xbox One controller but there have been a few subtle changes which many will like. There are so many exclusive gaming titles for both Xbox Series S, X and the also new PS5, but which is the best new gen console for you?

Music is by Epidemicsound.