BlogTubeZ
Home Review Why Cats Bombed At The Box Office

Why Cats Bombed At The Box Office: Let’s all pay our condolences to Cats as it fades away to the Heaviside Layer. The film adaptation of the famous Andrew Lloyd Webber stage musical finally hit theatres on December 20th, 2019, and audiences have been passionately avoiding the film ever since. Here’s what went wrong with Cats.

Well, the box office numbers have rolled in for director Tom Hooper’s misguided movie-musical, and let it suffice to say, they aren’t exactly the cat’s meow. In fact, they’re absolutely abysmal. Initial box office estimates predicted that Cats would earn about $15 million on its opening weekend. But when the film opened – against Star Wars: The Rise of Skywalker, no less – it pulled in a dismal $6.5 million domestically. That is to say, the box office returns were effectively in the litter box.

Such numbers would be acceptable for, say, a limited-release art film. But it’s completely unacceptable for a tentpole Christmas release packed with triple-A talent – particularly since the film cost approximately $100 million to make. A poor outcome for Cats was rather expected, but the severity of its opening weekend failure is still rather surprising.

Not to put too fine a point on it, but this is a serious box office bomb we’re talking about here… a major cinematic cat-astrophe. $2.2 million dollars on a wide-release opening day means that basically no one saw this movie. Meanwhile, pretty much everyone on the planet knew the film was happening. Seems like morbid curiosity just wasn’t enough to get people into those seats. That lack of curiosity killed Cats.

We can’t talk about Cats without talking about that soul-bending teaser trailer, which was released back in July 2019. What a day that was for social media. They say that “all press is good press,” but they clearly hadn’t seen the Cats teaser trailer before making that statement. Many people reacted with abject horror when they got their first look at the sprightly CGI cats, recoiling in horror at all the chirpy celebrity faces grafted onto furry bodies. Some folks hoped against hope that the film was still very much a work in progress. Keep watching the video to see why Cats bombed at the box office! 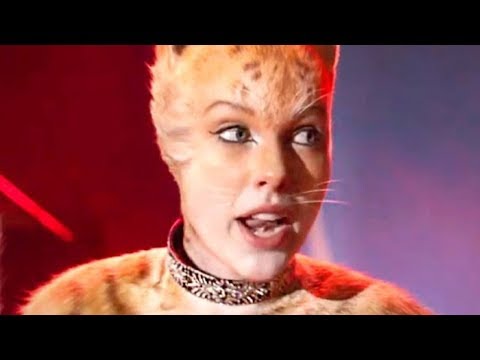