Warcraft 3: Reforged Review – The First Big Disappointing Game of 2020: Warcraft 3: Reforged as a result, isn’t really what anybody wanted. It’s such an old game that a modest update to the character models and a few UI tweaks here and there definitely feels phoned in at best and disingenuous at worst. Without a doubt it leaves the player feeling like more could have and should have been done to treat it with the respect it deserves. That being said, Blizzard lucked into benefitting from how good of a game it still is, as the game’s original charm does seem to shine through most of what they get wrong while they get to lean on what they got right with the sharper character models and other visual tweaks.

A little bit more work like new pre-rendered cutscenes or the addition of more modern RTS features would have gone a long way here, but as it stands, Reforged feels like little more than a cash grab that banks more on the branding and the namesake of the original game to sell copies than it does rely on their own recent work. Thankfully for them Warcraft 3 is still a good game, but unfortunately for gamers, this new version gives us very little reason to revisit it. 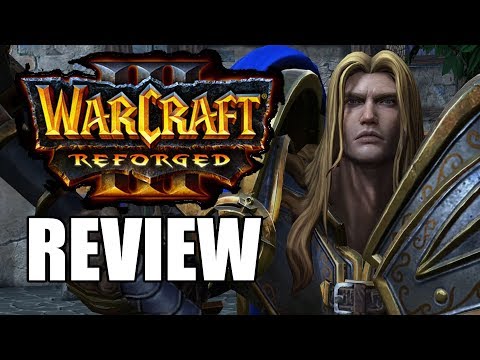