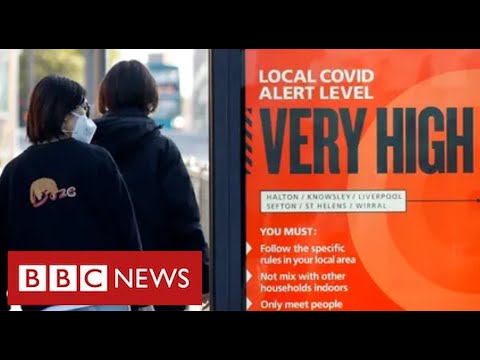 The vast majority of people in England will be in Tier 2 when the current national lockdown ends on 2nd December. That means mixing between households will be banned indoors and hospitality will be closed unless venues serve a “substantial meal”.

Boris Johnson said England was facing a “hard winter” and he realised the restrictions would cause “a lot of heartache and frustration”, especially for the hospitality industry. Some of Mr Johnson’s own MPs have expressed their anger and disappointment at the news.

Many cities in the North and the Midlands will face Tier 3 restrictions – the highest category. They include Manchester, Hull, Newcastle and Birmingham, as well as Bristol in the west and the county of Kent in the south-east. Tier 3 means all hospitality will be closed, no socialising indoors or in private gardens and a ban on travelling to other parts of the UK.