Phasmophobia Beginner's Guide in 4 Minutes – The Basics, Tips, Tricks: Phasmophobia is a co-op ghost hunting title with VR support by Kinetic Games. You are called in to haunted locations and asked to gather information about violent spirits while trying to stay alive. In today’s video we will go over everything you need to know to get started in the game.

This is your hunter’s lobby. Select a location for your next job and prepare your equipment. Equipment is purchased and brought with you to a job, and you will keep it if you leave the job alive. If not, you will lose everything you started the mission with. Gather your equipment, enter the house, and start looking for ghostly clues.

The clock in the truck counts down the setup phase, where the ghost won’t attack. Your end goal is to gather enough evidence to determine the type of ghost detailed in your journal. Ghosts can attack anywhere but they are haunting a single room. There is both local VOIP and radio to stay in contact with your teammates, but be mindful as your mic is always open to the ghost. Whatever you say, whether it’s over push-to-talk or not will be heard by the ghost.

Ghosts can be angered and will attack, killing anyone they get ahold of. A heartbeat means the ghost is right on top of you. To avoid death, hide in lockers or closets, turn off your lights, and don’t make any noise. You run as fast as most ghost types so you can outrun them if you don’t get cornered. Ghosts have a name but I recommend not saying it unless they are shy and you need to trigger a response from them as saying it will anger them greatly. Some ghosts only respond when you are alone, and this is listed on your whiteboard at job start. Anything you can interract with the ghost can too.

The truck is command central for video feeds, ghost activity for the whole location, a map that shows breaker locations, and sanity levels. Lower sanity levels mean you are more likely to be attacked. Stay in the light to prevent rapid sanity loss, but leaving too many lights on will trip the breaker.

For evidence, EMF level of 5 can only be measured by the handheld EMF reader in person. Freezing Temperatures are signified by cold breath or by a thermometer. Ghost Orbs can only be seen by video cameras in the truck and look like this. Ghost Writing Books catch ghost writing when held or placed near a ghost. The Spirit Box must be on near a ghost and asked questions. Fingerprints are captured by UV light on doors, windows, and lightswitches.

Items can be turned on and placed on the ground and they will still work. The crucifix and smudge sticks must be placed in the room the ghost is haunting and lower the chance of the ghost attacking. Ouija Boards will sometimes be in a stage and are risky to use. Asking the board a question while it is lit up may get a response from the ghost, sometimes telling you exactly where it is. However, it may also greatly lower your sanity or anger the ghost.

Keys will be found around the location that unlock various doors. Dirty Sinks will fill on their own when a ghost is near the faucet and turns it on themselves. Currently, you don’t need to turn on a faucet for the ghost to trigger dirty water. Photo Evidence of ghost activity and optional objectives listed on your whiteboard grant you extra cash.

Level up by gathering evidence and correctly identifying a ghost. Higher levels unlocks better equipment, bigger maps, and higher difficulties. And that does it for Phansmophobia! This game is horrifying but so much fun so enjoy yourself out there hunters and I’ll see you in the next one.

Follow along at Drybear.co
Check out my live stream! http://www.twitch.tv/drybear 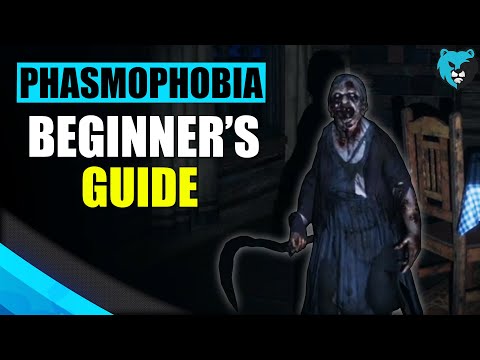