NEW Land Rover DEFENDER First Drive Review!: The new Land Rover Defender 110 is priced from £45,240, with the smaller 90 variant priced from £40,290. Despite its two-door layout, the 90 can also accommodate six people.

A commercial derivative will also join the range later this year, priced from around £35,000 plus VAT. Following that will be a plug-in hybrid model, for which pricing has yet to be announced.

The new Defender will also be available with a greater breadth of capabilities than any other Land Rover before. The line-up will range from humanitarian and military models through to lifestyle-orientated versions that can be supplemented with more than 170 individual accessories, likely taking the price into at least Range Rover territory and potentially well beyond £100,000 for top-end versions.

Land Rover claims 1.21m people have configured a Defender on the brand’s site, with over half choosing one of the four Accessory Packs: Explorer, Adventure, Country and Urban.

The Land Rover Defender has been reborn as a mainstream model for the global market, taking heavy design and capability cues from the iconic original, which was withdrawn from sale in 2016, and the 2009-2016 Land Rover Discovery 4. 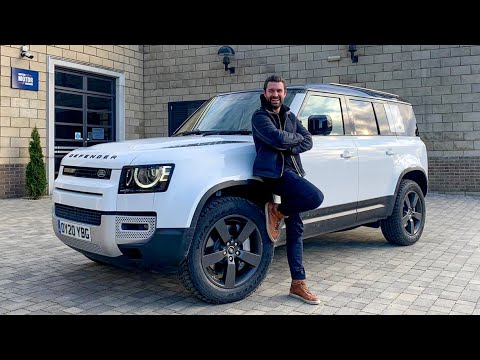