Want to look just like Ladybug or Cat Noir this #Halloween? We’ve got you covered! Check out this awesome, easy costume accessory of #Miraculous Ladybug and Cat Noir’s Mask Tutorial! #DisneyChanneUK

Watch sneak peeks and clips from all of your fave shows and original movies like Stuck in the Middle and Bizaardvark!
Want music? We have The Lodge, Backstage and Austin and Ally! Love adventure? Check out Disney Descendants, Tangled, K.C. Undercover and Elena of Avalor! Need some 😂😂? Watch ZOMBIES, Miraculous Tales of Ladybug & Cat Noir, Hotel Transylvania, Liv and Maddie and Bunk’d! Fancy some Disney Channel classics? We’ve got Hannah Montana, That’s So Raven and Good Luck Charlie! Prepping for a movie marathon? See your fave moments from High School Musical, Teen Beach Movie, Adventures in Babysitting and SO. MUCH. MORE!
Miraculous! Simply the best!

Marinette’s mission is to capture all the Akumas (a white butterfly that turns people into supervillains controlled by mega villain Hawk Moth) and save Paris from evil. Don’t worry, she isn’t doing this all alone, her partner Cat Noir 🐾 is there with her every step of the way, but who is this mysterious Cat Noir? Well not that Marinette knows, but it is only her high-school crush Adrien ❤! The two work together every night stopping super-baddies but they still don’t know who is under the masks 😱.

They become these crime-fighting heroes when they wear their magical jewels called Miraculouses that turn them into animal themed superheroes. The Miraclouses have matching creatures called Kwamis which enhance the jewels powers! Ladybug and Cat Noir’s Kwamis are called Tikki and Plagg and are the just cutest things EVER! 😍

Marinette
Marinette (A.K.A superhero Ladybug) is a super sweet and kind fashionista! As Marinette, she is talented in designing and making clothes, even wearing her own creations. 👛👗 As Ladybug she is skilled in the art of kicking baddies butts! 🐞 She may get a little jealous sometimes over her crush Adrien 😍, but she always does the right thing in the end and learns from her mistakes.

Adrien
Adrien (A.K.A superhero Cat Noir) is a super dreamy fashion model for his dad’s fashion company ‘Gabriel’. Due to his strict upbringing Adrien is charming but a little shy and very obedient to his father; however, as Cat Noir he has the freedom to do as he likes 🐱. He is much more outgoing and confident especially when it comes to flirting with Ladybug ❤!

Chloé
Chloé is Marinette’s rival and is always doing everything she can to humiliate her! Due to her meanness, she often finds herself the target of revenge for many of the Akumatized villains.

Master Fu
Master Fu is the Great Guardian of the Miraculouses, he is the one who gave Marinette & Adrien their Miraculouses so they could defeat the evil Hawk Moth.

Hawk Moth
Hawk Moth is the evil supervillain that has gained power through the Moth Miraculous. His ultimate goal is to take Ladybug and Cat Noir’s Miraculouses so he can be the most powerful. To help him with this he has created Akumas 🦋 which fly around and turn regular people into villains just like him! 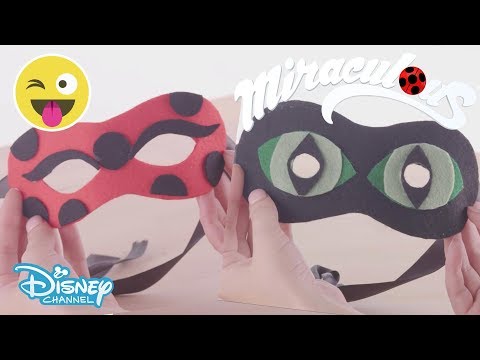