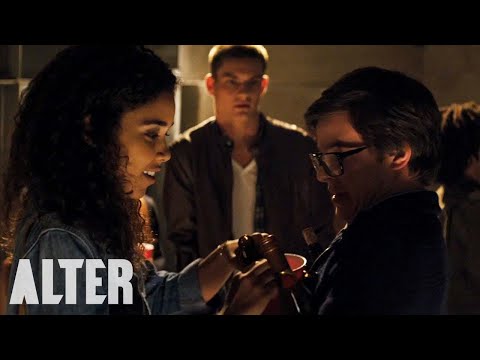 The Deal is a psychological thriller about unexpected change. The fat girl’s skinny. The stoner’s a success. And the nerd who did magic tricks is now the life of the party. But for Bryce, the prom king-quarterback, change isn’t good, especially when what’s left of his life vanishes before his eyes.

More About THE DEAL: Before his debilitating car accident Bryce was the star quarterback, Monica was his prom queen and James was a loser. But high school was a lifetime ago, and now everyone’s changed: Becca’s skinny, Hector’s a star and James is everyone’s best friend. But when Monica suddenly disappears at James’ party, Bryce knows exactly who to blame – but in order to find the truth he might lose more than he bargained for.

About ALTER:
The most provocative minds in horror bring you three new short films every week exploring the human condition through warped and uncanny perspectives.

Be ready to leave the world you know behind and subscribe. Once you watch, you are forever ALTERed.

About Gunpowder + Sky:
Creating content that resonates and impacts pop culture conversation, by empowering creators to take risks and experiment relentlessly in the pursuit of novel stories and formats.