The Daiquiri has been around a very long time. By one account it’s named after Daiquiri beach near Santiago, Cuba, where miner’s would enjoy these throughout the day to cool off. A guy by the name of Jennings Cox, an American engineer takes credit for the drinks invention, but that is almost certainly lies. Mixing rum, sugar, and lime, goes way way back before Ol’ Jennings ever set foot on the island of Cuba. In fact, the word “Daiquiri” comes from Taíno origins and the beach might be more accurately named after the drink, rather than the other way around. The Daiquiri probably started its existence as something like a swizzle, which is the first version I make here. Then I shake up my favorite recipe for a daiquiri and have a damn fine time doing it.

Slowly but surely, I’m starting a mailing list so that I’m not fully dependent on YT’s algorithmized notifications system. If you’ll sign up, I promise not to abuse your generosity, or sell your info to anyone. It’s over on the blog right here:
http://bit.ly/H2DBlog 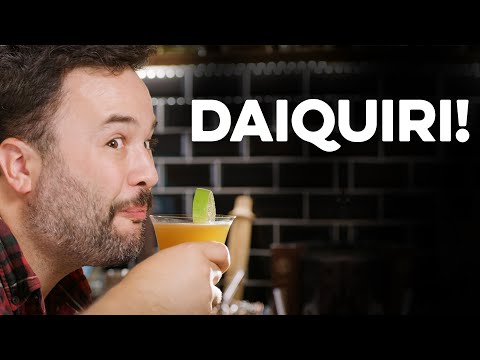 Author by: How To Drink