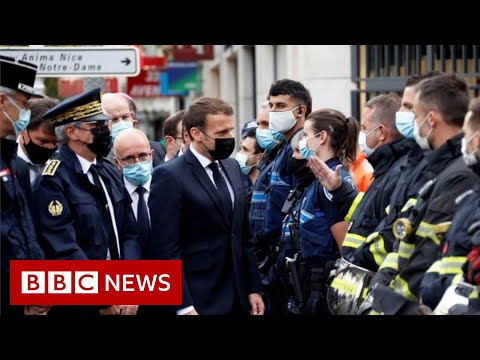 France attack: 'We will never give in', says Macron – BBC News

Three people have died in a knife attack at a church in Nice, in what French President Emmanuel Macron has called an “Islamist terrorist attack”.

After visiting the Notre-Dame basilica in the southern city, Mr Macron said France would not surrender its core values.

Thousands of troops are being deployed across the country to protect churches and schools.