Early Audience Reviews For Birds Of Prey Are Here: And now for something completely nuts.

Birds of Prey (And the Fantabulous Emancipation of One Harley Quinn) has had its early preview screenings, and audiences have taken to the internet to voice their opinions. The general consensus: the flick is a raunchy, funny, very gory good time.

Robbie’s Harley was one of Suicide Squad’s few bright spots, and audiences have been anxiously awaiting her return to the role. Birds of Prey is largely Harley’s show and those preview audiences haven’t seen a goofy, mayhem-driven comic book character so thoroughly inhabited by an actor since the last Deadpool movie. Let’s dig into what they had to say.

First things first: this isn’t a comic book film that you’ll want to bring the kiddies along for. Birds of Prey is a hard-R, with copious amounts of rough language and the kind of violence usually reserved for Saw movies and the like. One Reddit user posted a lengthy review of the film in which he broke down just how inappropriate Birds of Prey really is for the youngsters, writing,

“This might be the goriest mainstream comic book movie I’ve ever seen…There’s a lot of cursing, as well. This is a movie that is really not met for children. It’s pretty brutal. I think teens will love this, though. I think this will make John Wick numbers.”

As far as just how enjoyable all of this mayhem was, the Redditor was duly impressed, adding,

Over on Letterboxd, one user was enthralled to see a group of kick-ass women, writing,

“The film doesn’t make much sense. But all my life I’ve seen films about guys fighting without any reason. And now, watching girls kicking some asses for any reason, fills you with power. [Is] this is what empowerment feels like? Is this what boys feel when watching those nonsense films? GIVE ME MORE!”

Generally, the response to the film so far is positive, with the vast majority of preview audience members claiming that it’s far superior to Suicide Squad, which isn’t very hard to do, and even belongs with the likes of Wonder Woman and Shazam! among the best flicks in the interconnected DC Extended Universe. It’s worth noting that these audience members tended to exclude Joker from the discussions, as it’s understood to be completely separate from the rest of DC’s offerings.

“Margot Robbie is amazing as Harley Quinn, and [Cassandra Cain] steals all the scenes…Ewan as Black Mask is fantastic, the character is sadistic and cruel, and he managed to convey all the essence of the villain…It’s a good film, one of the best in DC.”

Another viewer concurred, while pointing out that the flick is more than just a re-skin of Marvel’s popular R-rated franchise. The user explained,

“Despite a confusing edit in the first act and a slightly flat villain, [Birds of Prey] delivers a fresh take on the superhero movies field. [It] should not be reduced to the ‘female Deadpool’ as this one has more charm, a stronger cast and is still interconnected to the [DC Extended Universe].”

Finally, one particular audience member on Letterboxd weighed in with an opinion that we’re not sure we can get behind, although it is eloquent in its brevity. They said simply,

Somehow, we doubt that Harley and pals will be putting the final nail in the coffin of that franchise but if there’s any doubt that the DCEU’s course-correction after the stunning failure of Justice League is in full swing, Birds of Prey should put it to rest. The flick opens wide on February 7th, 2020. Watch the video to learn about the Early Audience Reviews For Birds Of Prey! 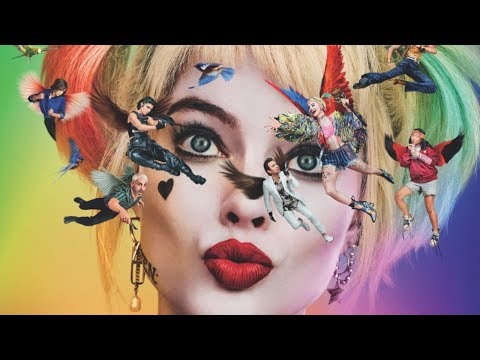