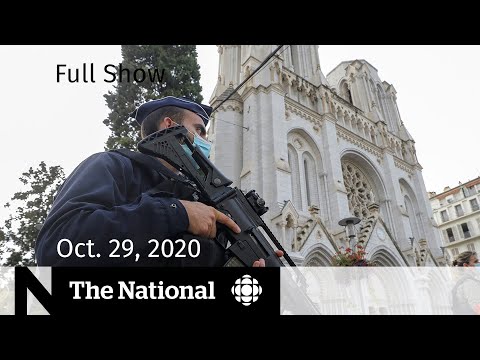 France is on high alert after three people were killed in a deadly and gruesome knife attack at a church in Nice. Hidden cameras at Canadian malls gathered the images of millions of shoppers without their knowledge. Plus, the At Issue panel breaks down what’s at stake for Canada in next week’s U.S. election.